On November 5th Mickey Factz is droping his long awaited mixtape #YNOT and as a prelude to that he droped the #Y mixtape for free download so hop over HERE for the download. We first came across Mickey on Soundcloud  and he has since been on our radar.

The Federation - Till The Morning Light

Now this right here is a dope track with a well done video.  The Soweto duo, Mr C and Neon of  The Federation have us getting down to their latest, for the five videos, Till The Morning Light. This definitely is another banging classic from Soweto as they say, we couldn't agree more.

Enjoy.
Posted by Capital Magazine at 07:20 No comments: 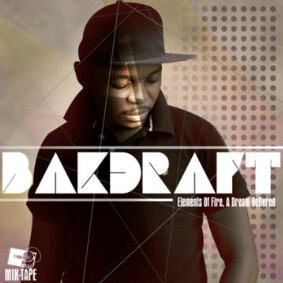 On the 31st of October this 1632 emcee is dropping his fisrt mixtape, Elements of Fire: A Dream Deferred and for the past couple of weeks he has been giving us previews of what to expect.

This is what he had to say on why he chose the title: My mixtape was initially "Elements Of Fire" since a Backdraft is a Fire Phenomenon I wanted to show why I call myself "Bakdraft" by just dropping fire...

On some of his dreams of that have been deferred: I lost my dad last year and I now have to redirect most of the funding to taking care of the family, being the first born son. So I had to deffer the dream.. Hence "A Dream Deffered".. The dream is push to a point where my brand is amongst the commercial brand and to a point where I can live off this.

Hop over to soundcloud to hear his rendition of Kabomo's Colour of you.
Bakdraft - Colour Of You(A Dream Deffered)

Posted by Capital Magazine at 03:54 No comments: 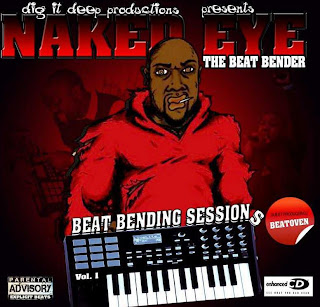 Naked eYe has been working on his Beat Bending Sessions with the first volume due soon. He spoke to us about how the idea came about and this is what he has to say:


"I started making beats in 2004 and most of my production credits back then included among others One-2. I've always wanted to do a beat tape, but i didn't wanna go about it the normal route. The idea was born when the Dream Team(One-2, A Huge Impakt, Cryogenic, Golden Shovel and Beat Oven) was touring Durban in 2010. It was during this period that I started being very confident about what i do as a beat maker. I then bought the Akai MPK 25, which was a total game changer for me.

The idea was to get a well known producer/beatmaker to sample 4-5 songs from any single artist, and give me the very same songs so i can do the same and we put them up against each other. I decided from then on that I wanted to add "bonus" joints, to also showcase the variety of beats I can do. Just when I thought the idea was solid I thought I should record the beat maker in the beat tape making a beat. It was an idea to also show how different we are as beat makers and to put a faces to the names."

A sneak preview to the process:


Listen and download the first single off the tape below:
The One-2 Gospel (Prod. By The Beat Bender) - Naked-eYe
Posted by Capital Magazine at 08:03 No comments:

Email ThisBlogThis!Share to TwitterShare to FacebookShare to Pinterest
Labels: beat bending sessions, Naked eYe, the beat bender, the one-2 gospel

I don't have to go into the background of what June 16 means for a lot of people, y'all should know by now but if you don't hop over HERE for the 411.

16s for June 16 is a track with 16 artists each dropping their interpretation of June 16.

Posted by Capital Magazine at 05:06 No comments:

Today is one of those when we search deep into our hip hop folder for tracks we haven't heard in a while. the weekend is upon us and i know Suzy Wong is a dope friend to many. Peep the re-mix below.

Have an awesome weekend y'all.

Posted by Capital Magazine at 07:12 No comments:

Enjoy "Ungalibali", the second single from Iintombi Zifikile- Kanyi's (very) soon to be released album. In fact, if you're in Cape Town this Sunday (April 1st) come thru to Zula and witness her Majesty launching this very album.

Kanyi - Ungalibali(prod.Khosh) Iintombi-Zifikile
Posted by Capital Magazine at 06:17 No comments: